What are the Benefits of Yoga for Kids 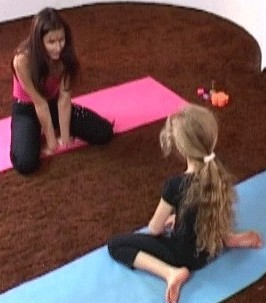 Yoga is good for kids, teaching them different poses by giving each pose a different name, makes it become fun yoga for kids, and takes any serious thoughts away from them.

There are a number of Yoga Poses for Kids which are used, all of which they can relate too, such as:

The Yoga Alphabet – Learning with Yoga

Where we have poses such as D for Dog, F for Fox, with two favorites being X and Y.

One area which should appeal to most parents and grandparents, are those poses which come under the heading of Calm Down Yoga for Kids. These include: being friendly, brave, strong and wise.

Everyday Objects and the Animal World

Similar to the Alphabet Yoga is Garden Yoga, where the kids pretend to be such objects as a Tree, a Frog, a Flower, a Flying Bird, Falling Rain or a Butterfly. In all of these they can identify with whatever they are pretending to be. This then becomes a game, which is helping them to develop a good strong mind set for the future using Yoga.

I am a Lion

The list of poses which can pretend to be is almost endless. To those already mentioned can be added, an alligator, a moorhen, a bat, an owl, a toad, the subjects just go on and on. The large number of pretend to be subjects, goes to show, that once you have the child’s interest, it can be maintained for a very long time.

A way in which kids can learn Yoga poses may surprise some people. It is by using cards which have the poses on them. It was somewhat a surprise to me to learn just how many types of packs are available, at a very reasonable price.

It can be seen from this brief article that Yoga for Kids is becoming increasingly popular.