Speak to any person who practices Yoga or Pilates, they will all claim that the regime which they are a devotee of, offers a number of outstanding physical benefits, these include Yoga Pilates Weight Loss.

To lose weight you normally need to create a deficiency in your calorie intake, this means burning off more calories than you consume.

It is surprising that Yoga Pilate Weight Loss does not involve the burning of numerous calories. But the gentle exercises that are involved on both Yoga and Pilates, help to achieve weight loss in different ways.

The programs which you undertake when studying either Yoga or Pilates, or indeed both, as some do, can assist you in losing weight as you learn to appreciate the functioning of the body, also to understand it better.

Pilates – Does it Help:

Created by Joseph Pilates in the 1920’s, the exercises use a mat, and can include the use of balls, resistance bands and rings. It is actually a program designed to tone the body, this in turn improves core strength, flexibility, co-ordination and muscle control. 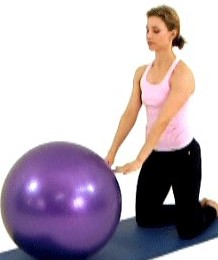 In addition it also believed to promote better respiration, and a stronger back whilst increasing the circulation.

The American Council of Exercises says:

“The immediate physical benefits of Pilates are improved posture, leaner muscles and a flatter stomach”

Yoga – How it Helps:

Yoga is the very ancient of exercises  which uses poses or postures combined with controlled breathing and a spiritual mind set. The regular use of these postures helps keep the body, strong, loose and flexible.

The spiritual side of Yoga, which has its origins in Eastern philosophy, is intended to help the practitioner or student to be more mentally aware and balanced.

As a fitness regime Yoga continues to grow in popularity, with its combination in one practice, of emotions, presence of mind, and movement all connected by controlled breathing, many of these exercises can be carried out in small doses. Such as when you sit at your desk whilst taking a break from your computer. 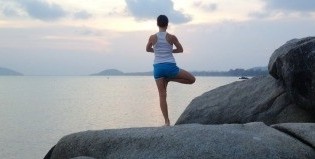 There are a number of variations in the exercises or postures which are used in Yoga, differing forms also appear, you can do gentle, soothing practices which soothe both mind and body. You can also carry out power postures if you wish.

It is highly unlikely that you will lose weight by the torching of calories in either Pilates or Yoga. Yoga power burns for example will cause you to lose only three hundred to four hundred calories in an hour.

However as was stated earlier both Yoga and Pilates give you a new understanding of your body. It has been suggested in research that by doing Yoga exercises on a regular basis, you become more aware of what you eat. It is also believed that Yoga helps you to understand what your body is telling you, thus reducing the likelihood of overeating when you are stressed.

There have been no studies carried out which support losing weight by doing a series of Pilates exercises. However as Pilates is designed to build muscle, this in turn could help to burn off more calories. Becoming aware of your improved physique, could encourage you to not only eat less, but to be careful about what you do eat. 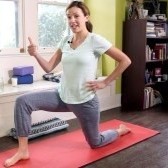 Do not be fooled into thinking that you will lose weight by just doing Yoga or Pilates exercises, you will need to have a calorie reduced diet, and also take part in other activities such as swimming and walking.

Whilst certain styles of Yoga can provide you with a higher calorie burn off. These are not best suited to the beginner. Those new to Yoga, should begin with the learner or beginner classes, slowly working up to the more advanced classes.

As was said earlier, whilst Pilates can help you build muscle, please ignore the promises of those who promise that by doing Pilates you will experience a significant loss of weight.

Whilst it is a good idea to include in your general exercise and weight loss strategy, either Yoga or Pilates or both. It is also an idea to keep your focus on healthy foods, with sensibly sized portions.

You can alternate your Yoga/Pilates exercises with other forms of exercise, such as a visit to the gym or swimming pool.

Yes you can lose weight with Yoga and Pilates, but you must be aware that they are not just a one stop solution.